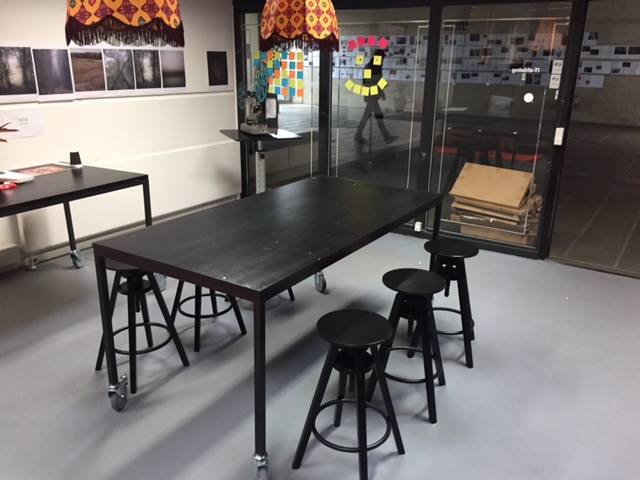 DMJX Media Maker Space: where the Danish School of Media and Journalism meets its community

The Media Maker Space is deliberately not called a ‘Lab’, because they’re looking for co-creation rather than grand solutions.

The Danish School of Media and Journalism in Copenhagen launched the Media Maker Space in May 2017 in an attempt to further promote collaboration with its community. A new in strategy was decided on in 2016 and a main point in this strategy was to create a space to experiment that would be different from what they were doing in the classroom. Where they would be able to work across skills, functions, disciplines and work with people outside of the school.

“The Maker Space is deliberately not called a ‘Lab’,” explains DMJX Director Trine Nielsen, “because a Lab implies something you walk into, that is very sterile and where you have some experts sitting together looking for the grand solution. Instead the Maker Space is looking for user-driven innovation, by embracing user-experience and co-creation.”

With the Media Maker Space comes a Facebook page instead of a website, as this is more naturally oriented toward interaction and participation than the one-to-many format of a website.

Innovation to Trine is about “putting effort into understanding what the problem is”. Not for the company, but from the users point of view. And testing your methods and tools with people outside the school: “Instead of us sitting in the school, we thought, why don’t we bring them in and create things together? We believe you will get better results.”

In their work they seek inspiration in many places, such as Copenhagen University’s toolbox for innovation and entrepreneurship in education. They then encourage people to take a look at this toolkit and participate in a workshop where they discuss what a similar toolkit for DMJX could look like.

Giving back to society

As a public institution, DMJX chooses projects that allow them to improve journalism and communication in general so the entire society will be able to benefit. The idea is to take organisations that have problems, approach them from different angles through co-creation and come up with ideas for new concepts.

One example is a project on local journalism leading up to the Danish municipal elections in October. 400 students around the country will work with different media organisations on different formats with the aim to engage young people in local politics. And to interest journalism students for local reporting:

“When we interview journalism students, they all say they want to go to the national broadcasting company or national or international media. Nobody wants to go into local journalism, because it’s not sexy. But the most important decisions are either made at the local or at the EU level. So we said, ok, we want to make the local sexy again,” says Trine.

Another reason is that local media organisations are struggling. They are competing with companies like Google and Facebook and don’t have the same skills or financial resources to win the battle. They are not very strong on social media or digital content and do not have the same level of engagement from the users. Most of them are still stuck in the printing logic and they do not have a lot of resources to innovate.

Thinking about the future

These innovation projects with media organisations allow students to get an idea of how things work outside the school. In addition to internships where they develop the skills needed to do the everyday work in newsrooms, they also have to know how to create content for the future.

But this goes both ways:

“The academic trap is that you are evaluating what is going on instead of looking to the future,” analyses Trine. “So in addition to academic methods, the DMJX teaches students to look for patterns on what companies and users are doing. You have to know what’s going on outside, before you are able to think further.”

At the same time, innovating within a university has its advantages, as it is perceived as a kind of neutral space: “TV2 came to us for example with a problem and asked whether we could come up with a solution.” In addition, universities are less influenced by the fast thinking mentality that’s predominant in media organisations, which gives them more time and freedom to address the challenges that are relevant for society in the long-run as opposed to those relevant to a company right now.

Physical space as a symbolic gesture

Trine taps into her previous experience launching one of the first media labs in Denmark for the Danish broadcasting corporation in 2005. She learned that the physical aspect of an innovation effort is not the most important. This also influenced the decision for a Maker Space rather than a Lab.

The Maker Space has no staff, but people from different parts of the Journalism School are involved in running it. Many of them were also involved in actually creating the physical space.

“We made the Media Maker Space a symbolic gesture instead. We’ve created a crazy space, built all the furniture ourselves from scratch, using stuff we found on the streets and on building sites. But people are using it a lot.”

As the school is moving to a new building in two years, they decided not to invest into the dedicated space in the old building. There will be a special space in the new building though, which will hopefully be even nicer. 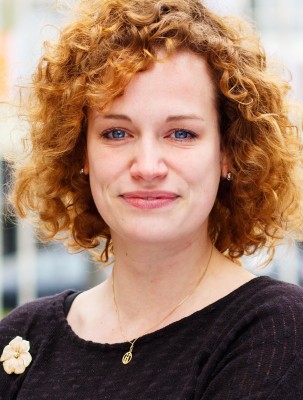 Andrea joined the Global Alliance for Media Innovation as the INJECT Project Coordinator in 2017. She is interested in media innovation labs, journalism startups and other new initiatives to understand how media innovation works exactly and how it could be stimulated.

Do NOT follow this link or you will be banned from the site!